How Fonio Makes Us Health?

So you want to know how fonio makes us healthy? Glad you asked.
Fonio is the smallest variety of grain millet. It is grown in large areas of West Africa and India. The question is what makes it so important. How does fonio make us healthy?

As we always like to remind you, whole grains are the basis of food pyramids and are one of the main pillars of a healthy diet. Whole grains provide us with the best form of energy available to our body, based on current scientific knowledge about nutrition and all the culinary traditions that have developed throughout our history in all regions of the earth. It is only recently, in recent decades, with the loss of traditional knowledge, that we humans living in the West have forgotten how to eat well.

A Super Food Fonio That Is Great For Our Health

Fonio is a very complete food for human consumption; its use in West Africa is similar to that of millet. As a result, it’s perhaps the most important cereal traditionally grown on the continent. It’s very important, both for its nutritional value and because it is one of the most important fastest growing cereals in the world. It is used to prepare porridge, couscous, bread or to make beer.

Fonio is a cereal that can provide a good supply of fiber and phytonutrients. It also provides more protein than other cereals, including methionine and cysteine, some of which, like rice or wheat, are deficient. It does not contain gluten, so it is a very interesting cereal for people with celiac disease.

How to eat fonio

Fonio, being a cereal, is very interesting to incorporate at breakfast or as a main meal grain. Fonio has the reputation of being the most tasty cereal in the world.

The fonio is cooked in a stew like any other cereal, like rice for example. It is not necessary to let it soak the evening before, although if it is important to wash it well before using it, it is prepared with two parts of water for each part of fonio and it is left to cook slightly longer than millet.

The recommendations are for 20 minutes, although the time with the amount of water may depend on factors such as altitude and we recommend that the first time you are very attentive to cooking. In two or three attempts, you will have reached the ideal proportion of water and cooking time for you.

Fonio is a very dense cereal and is therefore considered optimal for making croquettes, hamburgers, meatballs and vegan meals. All of that without breaking the bank!

The Way Fonio Makes Us Healthy

Today, we focus on a detailed analysis of the nutritional value of fonio, a cereal widely used in Africa that has begun to reach the West in recent years. In a previous post, Fonio, the god grain, we talked about it in depth and indicated its uses in cooking.

Fonio is a cereal that can provide a good supply of fiber and phytonutrients. So it also provides more protein than other cereals, including methionine and cysteine, some of which, like rice or wheat, are deficient. It does not contain gluten, so it is a very interesting cereal for people with celiac disease.

Now, where’s the science in all of that? How does fonio really make us and keep us healthy?

Here’s The 411 In Fonio Mineral Components

There you have it. This essential super grain provides everything we need for a healthy diet. That’s how fonio makes us healthy. And Happy. 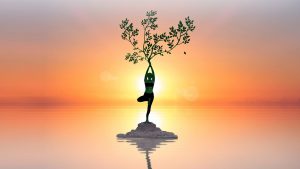 A holistic lifestyle is about living your life in a more balanced way. You work on having balance in all areas of your life – physical, emotional, psychological, and spiritual.
Here are 10 essential actions to help you live a more holistic, serene existence.

Nutrition research has identified 10 dietary rules on which metabolic balances depend and therefore your health in the long term. Imagine that these are pillars

6 Reasons Why You Need To Eat Fonio

6 reasons why you need to eat fonio. It has feel good benefits and, more importantly, it has incredible nutritional benefits as well.

The Best Fonio Meal For 2

This is the best fonio meal for 2: a tabbouleh with fresh herbs, a shrimp couscous and a delicious milk fonio semolina for desert.